The entourage effect of cannabis: myth or scientific fact ?

person Posted By: Eliza A. list In: Information about CBD / Cannabis favorite Hit: 3680

What is the entourage effect? And what does it have to do with CBD?

When we are interested in the effects of cannabidiol, we are bound to hear about the entourage effect of cannabinoids. But what exactly is this entourage effect? We will explain it to you in this article as simply and precisely as possible.

First things first: What is a entourage effect in CBD domain? It is a principle that the substances in cannabis do not react in the same way alone or with each other. That is, they influence each other to produce different effects depending on their combination. Take for example an orchestra. What makes the beauty of its melody is all the instruments playing together. Separating them so that you only hear one more takes away the power and grandeur of the symphony! We can also compare the behavior of cannabis molecules to our behavior; we adapt it according to the person or people we are with. You will not behave the same with your boss, your friends, your family or if you are alone. The people you interact with influence you; The same goes for the substances present in cannabis which influence each other, acting in synergy !

As a result, cannabis is much more likely to unfold its full effects by possessing all of its molecules rather than separating them. Take for example two of its molecules: THC (tetrahydrocannabinol) and CBD (cannabidiol). THC alone is known to have a psychotropic effect, while in combination with CBD, the latter acts as a mediator by limiting the effects of anxiety and paranoia caused by THC. This effect was first described in 1998 by Raphael Méchoulam, an Israeli researcher. Much research is underway on this subject. With the large number of components present in the cannabis plant, there are undoubtedly many secrets to be discovered. Hopefully, research continues in this direction, studying all the substances rather than analyzing them one by one. It is up to you to pay attention, when buying CBD, that it contains all the essential cannabinoids !

To understand what the entourage effect is, one must first look at the cannabis plant and its composition. Indeed, this is where it all begins. The hemp plant is made up of many cannabinoids. These are chemicals that interact with the endocannabinoid system found in the human body and most mammals. It is through these receptors that cannabinoids work on our nervous system and brain. We therefore see that we are naturally predisposed to receive and react to the molecules of cannabis.

But hemp is not only made up of cannabinoids, it also contains terpenes. These are molecules with odoriferous properties, present in many plants. It is they which give their scent to the flowers and which are, at the base, a means for them to defend themselves against the insects. In hemp, terpenes come from the same gland as cannabinoids. There are many kinds of terpenes that produce different tastes and smells, hence the difference in flavor between different kinds of flowers. B-Chill's Royal Candy or Blueberry has a sweeter taste, while the Paradise Kush or Tropical has a more fruity and exotic aroma. But terpenes don't just work on smell and taste; they also have their own effects which can be combined with those of CBD and THC ! 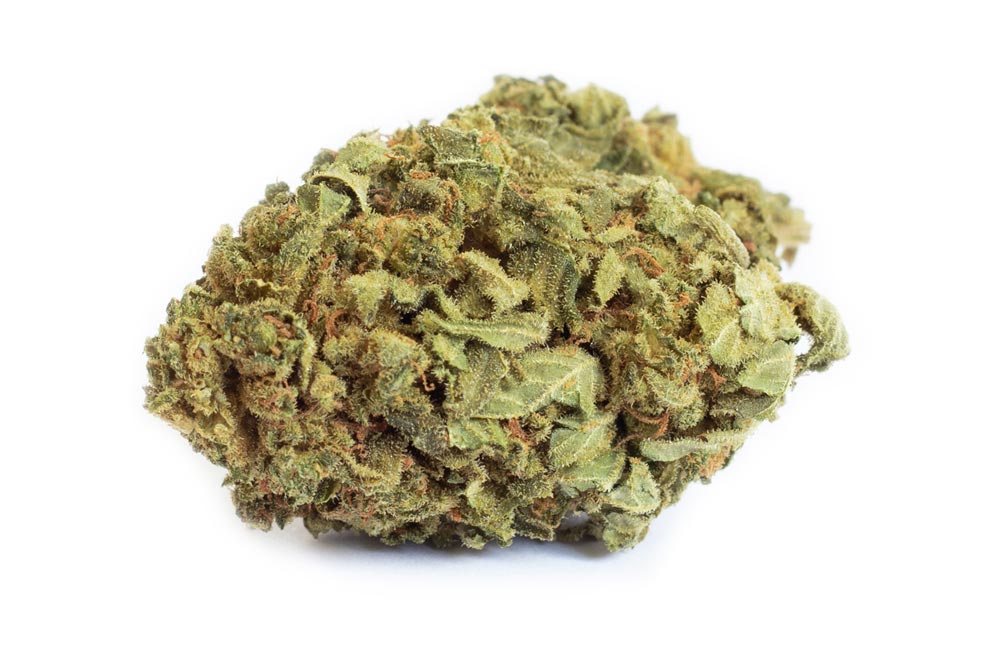 Take Pinene as an example, a terpene whose woody aroma is reminiscent of that typical smell that one smells in fir forests, reminiscent of our holidays in the mountains. Its benefits are as follows: anti-inflammatory, anticancer, antiseptic and antibacterial, expectorant and bronchodilator, thus helping to open the airways and fighting asthma symptoms. Let's take yet another example: The Sativex. It is the first cannabis-based drug authorized by the Food and Drug Administration (FDA, the regulatory body in the United States that grants marketing authorizations for drugs). It is a remedy for the spasms of multiple sclerosis. Scientists observed that the drug was much more effective with a combination of several cannabinoids and terpenes than just a single molecule. Taking Full Spectrum CBD oil will therefore allow you to have a larger combination of cannabinoids and terpenes, allowing you to better enjoy the effects of each molecule to improve your well-being.

The entourage effect of cannabis

Now let's go into more detail about how the entourage effect of cannabis works, analyzing various studies. Dr. Ethan Russo, a neurologist and psychopharmacologist renowned for his research on cannabis, has published numerous studies on the effects of cannabinoids and other molecules in hemp. He extols the benefits of whole extracts over isolated extracts: "With pure cannabinoids, there can be a biphasic dose-response curve. This means that a low dose doesn't necessarily treat the pain, a medium dose does, but at a higher dose you lose the benefits. When you have a mixed extract, you get a dose response which is a constant upward slope; In other words, you get pain benefits at any dose and you don't get that pain at lower and lower doses.".

Dr. Russo has treated several conditions in his studies, such as depression, anxiety, insomnia, addiction and dementia. He concluded that limonene and linalool (therefore terpenes) help to enhance the effects of CBD. Pinene, together with the other two terpenes, helps THC fight symptoms of dementia caused by Alzheimer's. Linalool, combined with caryophyllene and myrcene assist several cannabinoids in the fight against sleep disorders. This psychopharmacologist has also worked with GW Pharmaceuticals, the creators of Sativex in the United States. He found that taking 40mg of THC caused negative effects in around 40% of patients, whereas with Sativex, which contains 48mg of THC and as much CBD, only 4 out of 250 patients experienced these same effects. These observations seem once again to support the idea that the other components of hemp work with each other, and particularly on THC in order to modulate its effects.

It is currently widely believed that the therapeutic effects of hemp come mainly from THC. But several studies show that when the latter is combined with other components of cannabis such as CBD and terpenes, these enhance the therapeutic effects of THC, while combating its unwanted effects. A study carried out between 2013 and 2017 by Brazilian researchers has made a name for itself. Turning to the treatment of epilepsy, some patients have been treated with pure CBD, while others have been treated to extracts containing several components of the plant. Observations showed that 71% of patients administered with whole hemp extracts experienced marked improvements, compared to only 36% of patients treated with pure CBD. The conclusions of the study are as follows: “Cannabis extracts rich in CBD appear to have a better therapeutic profile than isolated CBD. This difference is probably due to the synergistic effects of CBD with other phytocomponents ". One more result that seems to attest that the entourage effect is not a marketing myth, but very real.

- Does CBD help with hay fever and allergies ?