Cannabis Sativa vs Indica: What is the difference?

person Posted By: Patrick B. list In: Information about CBD / Cannabis

You may have heard of the different types of cannabis, especially Sativa and Indica. But do you really know what makes them different from each other? In this article we will go over the characteristics of these two strains so that you can understand and differentiate them. Welcome to the world of Cannabis and CBD !

The history of Cannabis Sativa, Indica and Ruderalis

Cannabis is an ancient plant whose traces can be traced far back in human history, with archaeologists and botanists agreeing that the plant originated in Asia and the Indian subcontinent. Although its spread throughout the world is partly due to weather conditions, the importance of man should not be underestimated. Man has also been involved in its spread throughout the world over the centuries, using the plant for recreational and medicinal purposes, as food with its seeds or as fibre and rope. It is more or less accepted that there are three main varieties of cannabis: Sativa, Indica and Ruderalis. Ruderalis is not very popular, due to its small size, lack of yield and medicinal properties. It is therefore shunned by most consumers and growers, its use being limited to industrial applications such as insulation, plastic and textiles. As for the other two types, Sativa was first cultivated mainly for its high yield by the black market, which was only concerned with profit and did not look for any real virtue in its product. Nowadays, most growers cultivate both types as well as hybrid versions in order to have a wide choice of products with different effects depending on what the patient is looking for, be it for recreational or medical use. 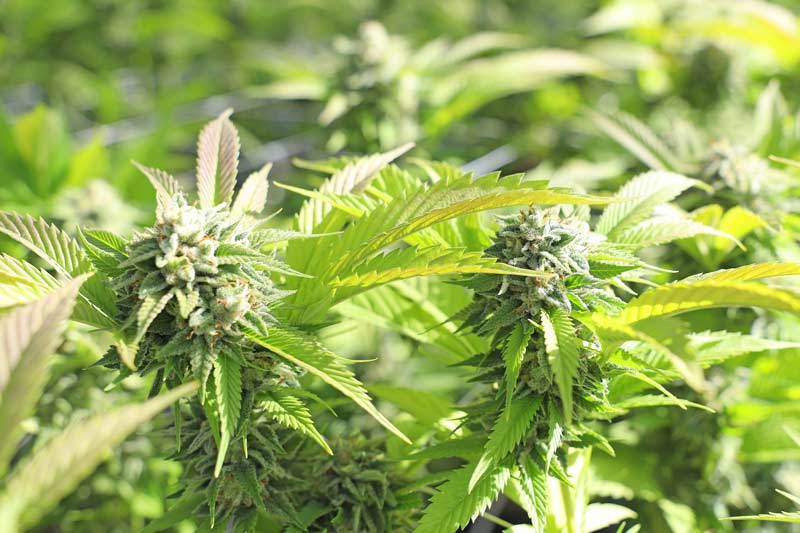 What is Sativa Cannabis ?

Sativa originally grew around the equator, growing in Colombia, Mexico, Thailand and Africa. Due to the particular climate around the equator, Sativa plants have had to adapt to the almost constant weather all year round, preferring a temperature of between 30° and 50° degrees. Sativa can therefore reach a height of 240 to 450cm, its leaves are thinner and longer, so that they can better circulate air and moisture to avoid mould, with a tendency to be slightly lighter in colour than Indica, and its buds, growing on the branches and not at each node, are long and rather airy. In terms of flowering, Sativa plants can take up to 18 weeks or more to bloom, although there are some cultivated varieties that can flower in 10 weeks.

What is Indica Cannabis ?

Indica originated in countries such as Morocco, Afghanistan, Nepal (particularly in the Hindu Kush valley) and Turkey, where sunny and warm periods are generally shorter and autumns are harder, especially in the higher elevations where the air is cooler, so it prefers an average temperature of 30 degrees to enable it to flower as quickly as possible before autumn. In fact, the Indica plant is less tall than its Sativa cousin, rarely exceeding 90 cm, giving it a bushy appearance with its flowering and foliage, all to be able to retain a maximum of heat. Indica's leaves are short but thick, in contrast to Sativa, and its buds grow on the nodes of the plant, so they are short and appear to form clusters on the plant like a vine. The flowering time of the Indica plant takes between 8 and 10 weeks, so much faster than the classic Sativa plants. With this information, you should have no trouble telling the difference between a Sativa and an Indica, you just have to look at the plant and its appearance. 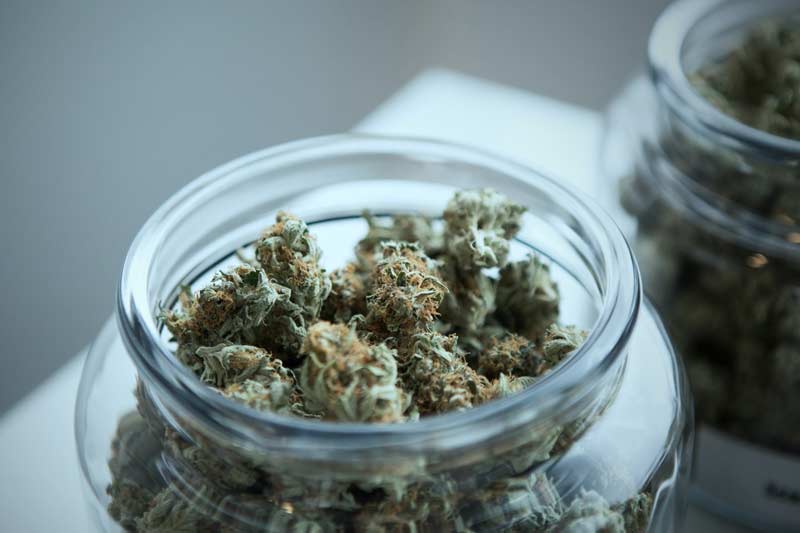 Which effects for which variety of Cannabis or CBD ?

We have already discussed the physical differences between the two strains, so we can now look at the differences within the two plants. Let's start with their composition: Sativa has a higher THC content and lower CBD content, while Indica is the opposite, with a higher CBD content and a lower THC content. Because of its composition, Indica has a more relaxing and non-psychoactive effect, helping to combat spasms, insomnia, nausea, chronic pain and multiple sclerosis for example. It is therefore a variety that is best consumed in the evening or at night, when you have nothing in particular to do and want to relax, or when you feel the need to calm your pain, so that you can benefit from its "body high" effects.

Sativa, on the other hand, is a variety best consumed during the day, when you are looking for motivation and inspiration due to its stimulating and psychoactive effects. This variety helps against depression, post-traumatic disorders and anxiety, as well as against certain forms of cancer, but also against anorexia by stimulating your appetite. The terpenes present in the plant must also be taken into account, as they react differently depending on which molecule is most present. Terpenes such as myrcene and pinene have a calming effect and work well with Indica, while terpenes such as limonene and terpilonene have a more energizing effect and work well with Sativa.

Please note that we are not authorised to give any medical advice, before any therapeutic use of CBD or Cannabis, we always recommend seeking medical advice.

The two varieties also have differences in aroma and smell, which also vary according to the terpenes, as these are the molecules that also affect these characteristics. Sativa can have a wide range of aromas, from fruity to ammonia-like, with a more tropical and floral taste. Indica has a more fruity taste, but with a more woody smell.

Here we have detailed the main differences between Sativa and Indica varieties, but according to some researchers, this variety debate is irrelevant. The first person to use the terms Indica and Sativa was the French botanist and naturalist Jean Baptiste Lamarck in the early 1800s. Although these terms have been used for nearly 200 years, many scientists believe that there is insufficient evidence to classify cannabis varieties. For them, the classification is more likely to come from consumers who experience a slight difference in effects from one plant to another, and that laboratory tests are still far too thin to say that a difference exists.

Among the detractors of the difference between Sativa and Indica, there is a leading figure in the cannabis world: Ethan Rousso. Ethan Rousso is a renowned psychopharmacologist and neurologist who has focused his research on cannabis and its therapeutic use. For him, the "Sative or Indica" debate is irrelevant, and he considers it a stoner fantasy. "There is no way to guess the biochemical content of a given cannabis plant based on its height, branching or leaf morphology. The degree of cross-breeding/hybridization is such that only a biochemical test can tell a potential consumer or scientist what is really in the plant," he said in an interview. A very clear point of view, but as always in the world of science, not everyone agrees and theorises until hard evidence is presented. As Dr Ethan Russo says of botanists: "12 botanists in one room, 25 different views !

- The entourage effect of cannabis: myth or scientific fact ?